The Pythagorean Theorem is derived in algebraic form by the geometric system. Now, it is your time to know how the square of length of hypotenuse is equal to sum of squares of lengths of opposite and adjacent sides in a right triangle.

Study the properties of right triangle

$a$, $b$ and $c$ are lengths of sides of a right triangle. $\alpha$ and $\beta$ are two angles and third is a right angle obviously in this triangle. So, let’s study the properties of right triangle before deriving the Pythagorean Theorem in algebraic form. 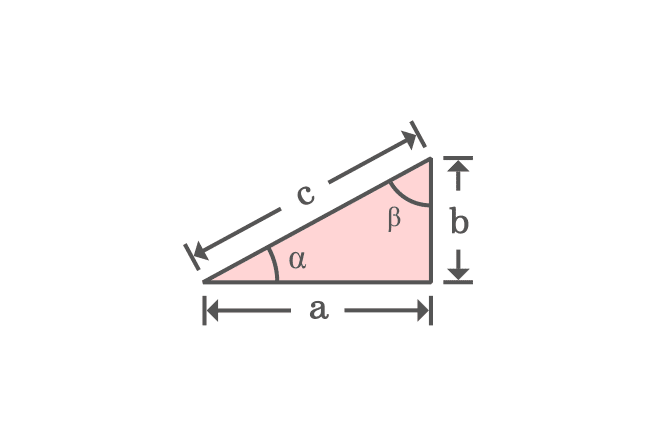 According to sum of angles of a triangle rule, the sum of the interior angles of this triangle is $180^°$.

The equation expresses that the angles $\alpha$ and $\beta$ are complementary angles.

Remember this property and it will be used in deriving the Pythagoras Theorem mathematically.

It is time to study the geometric shape formed by the joining of the four right triangles.

The opposite and adjacent sides of four right triangles form a square externally and the side of the square is $a+b$. Therefore, the area of this square is ${(a+b)}^2$.

Find the angles of Quadrilateral

Find the area of square 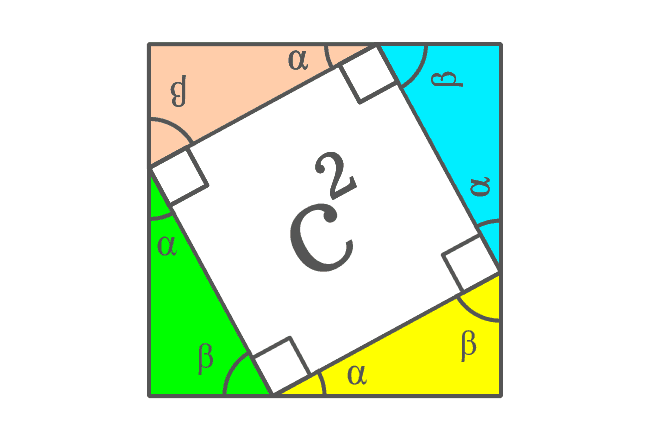 Now, the area of the internal square can be calculated by using area formula of the square.

Remember the area of this internal square and it will be used in the upcoming step.

It can be observed that the square having area of $c^2$ is split as the two squares whose areas are $a^2$ and $b^2$. Therefore, it is geometrically proved that the area of square ($c^2$) is equal to the sum of the areas of two squares.

Actually, $c$ is length of hypotenuse and, $a$ and $b$ are lengths of adjacent and opposite sides of the right triangle.

Therefore, it is proved that the square of length of hypotenuse is equal to the sum of squares of the opposite and adjacent sides of the right triangle.