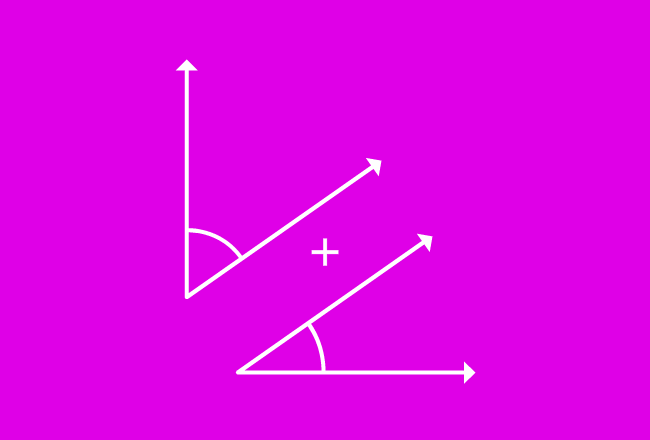 The angles whose sum equals to $90^\circ$ are called the complementary angles.

Complementary angles are angles basically but the sum of them represents a right angle when the angles are added to each other.

One angle is known as complement of another angle and vice-versa.

$\alpha$ and $\beta$ are two angles. The sum of them forms a right angle geometrically.

The angles $\alpha$ and $\beta$ are known as complementary angles. 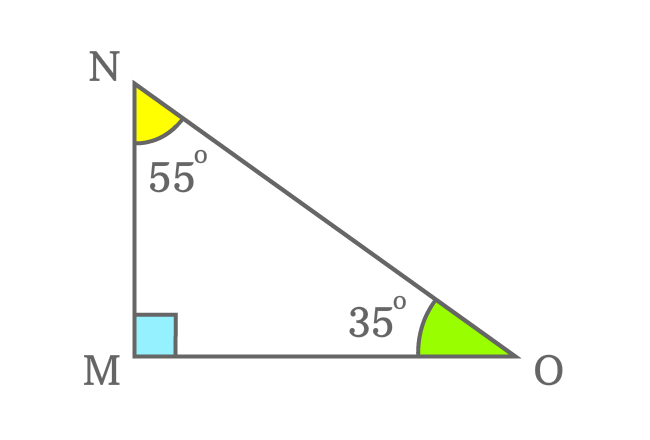 $\Delta MON$ is a right triangle.

It has three interior angles. One angle ($\angle OMN$) is right angle. The other two angles are $\angle MNO$ and $\angle NOM$.

The sum of two angles is right angle $\Big(\dfrac{\pi}{2}\Big)$. Therefore, the angles ($\angle MNO$ and $\angle NOM$) are called as complementary angles.