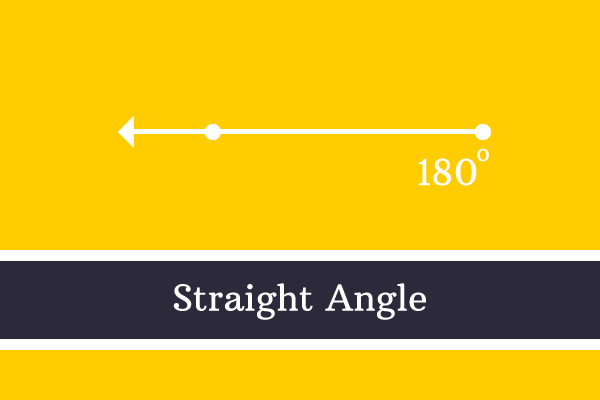 Straight angle by a line

An angle of a straight line can be straight angle geometrically but it should follow two rules.

$\overrightarrow{QR}$ is a ray on a plane. It is started from a point $Q$ and continued travelling infinitely through another point $R$ in left side direction of its starting point.

A straight angle is formed by a line geometrically and it is possible if a line is rotated to $180^°$ from its initial position.

The ray made an angle of $180^°$ to reach its final position from its initial position.