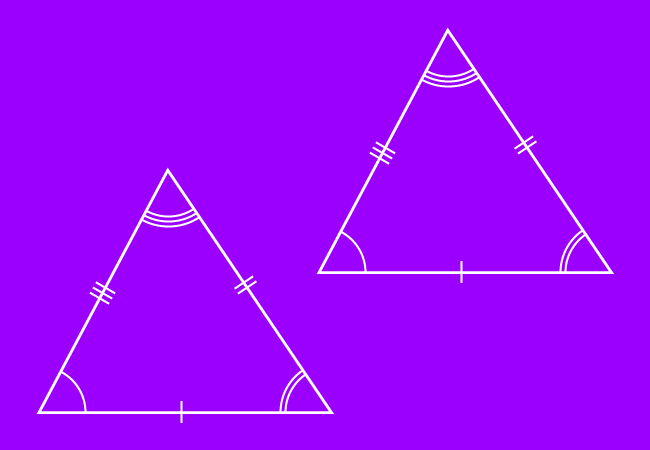 The congruence of any two triangles is determined by checking the following two geometrical factors.

If the two triangles have same properties, then one triangle is congruent to another triangle and vice-versa.

$\Delta EFG$ and $\Delta PQR$ are two triangles. Let’s check the congruence of the both triangles geometrically.

The congruence of triangles is expressed in mathematics in a special way.