A matrix whose number of rows equals to the number of columns, is called a square matrix. 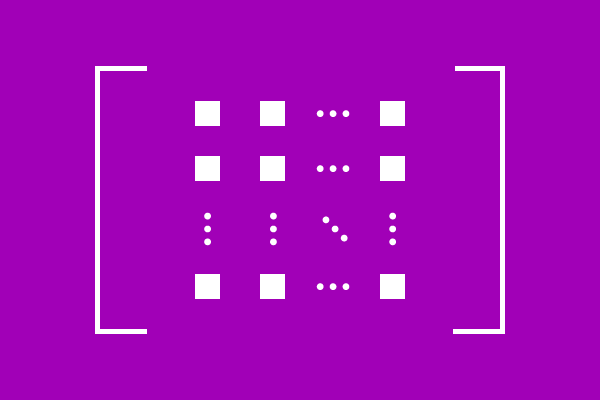 A square matrix is expressed in general form as follows. In this matrix, the elements are arranged in $m$ rows and $n$ columns and the order of matrix is $m \times n$.

A square matrix is usually called in three different ways according to order of the matrix.