A line segment whose endpoints lie on a circle is called a chord of a circle. 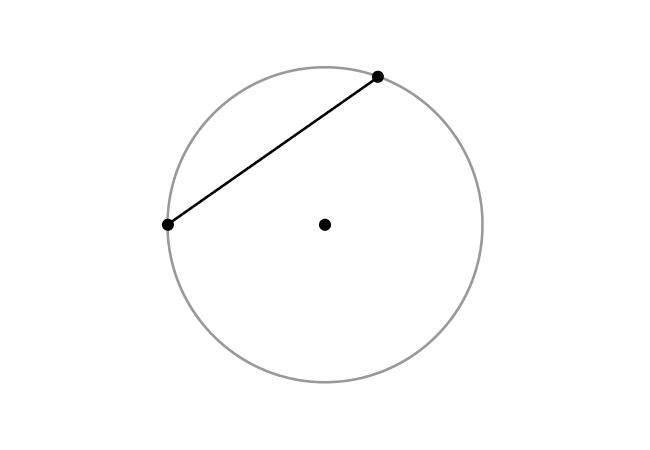 There are many points on any circle. In some cases, a point on a circle is connected with another point on the same circle by a straight line.

The same line segment connects the both points on the circle and it is called a chord of the circle in geometric mathematics.

The concept of a chord of a circle can be understood from an understandable geometrical example.

Similarly, $D$ and $E$ are another two points on the same circle but they are exactly opposite in the point view of the center (or centre) of the circle. The line segment $\overline{DE}$ is also called a chord of the circle.