The straight distance between two points on a circle through its center is called the diameter. 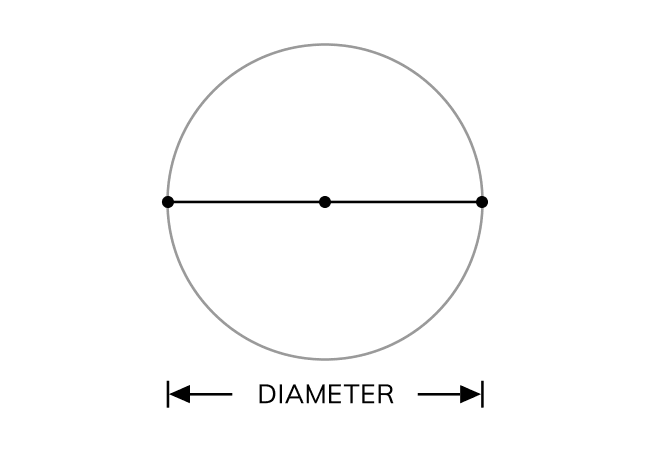 Hence, the diameter of a circle is measured from any point on a circle to its opposite point on the same circle through the centre (or center) of circle.

It is expressed graphically by a line segment between two opposite points through the center of a circle. It is usually denoted by an alphabet $d$ in geometric mathematics.

In a circle, the diameter is equal to two times the radius.

This geometrical relationship is used as a formula in geometry to find diameter from radius and vice versa.

Let $E$ be any point on the circle and $F$ be its reflection in the point of view of its center or centre ($C$).

Now, draw a straight line from point $E$ to $F$ through $C$. It forms a line segment $\overline{EF}$ and the length of that line segment is called the diameter.