A part of a straight line is called a line segment. 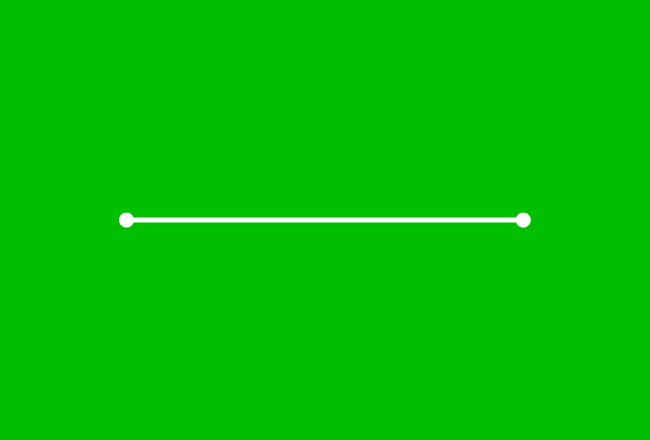 Actually, the meaning of line segment is derived from two words “Line” and “Segment”.

A line segment is graphically represented by a line with two endpoints. It is also known as a line between two points.

A line segment is formed geometrically in two different ways.

A line segment is basically an extracted part from a straight line.

$\overleftrightarrow{EF}$ is a straight line in a plane and identify any two points ($P$ and $Q$) on the line. Then, extract the small line at points $P$ and $Q$ from the straight line.

The small line which contains $P$ and $Q$ as endpoints, is a part of the straight line $\overleftrightarrow{EF}$. Therefore, it is called as a line segment geometrically.

A line that joins any two points in a plane is considered as a line segment. There are two main reasons for this consideration.

The line segment is written as $\overline{MN}$ in mathematics and its length is represented by $MN$.