A straight line that intersects either two or more lines is called a transversal line, or simply called as a transversal. 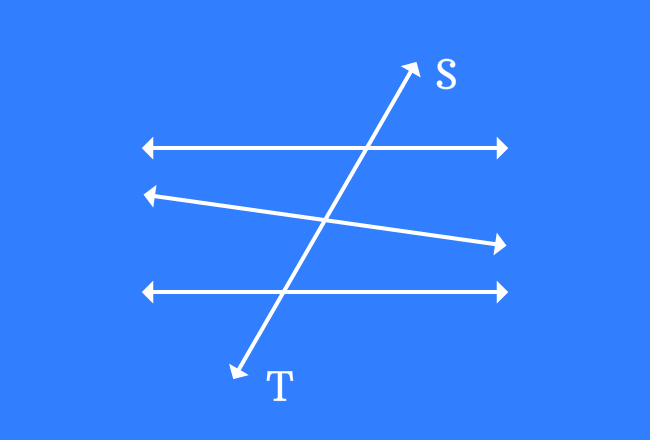 A transversal is a straight line. It intersects two or more lines and they can be either parallel or non-parallel or both types of lines.

Look at the picture. In this example, there are two parallel lines and a non-parallel line but a straight line $\overleftrightarrow{TS}$ passes through all of them by cutting three lines at different points.

There are two possible cases of forming transversals in geometry. So, it is very important to study them for understanding the properties of the transversal lines. 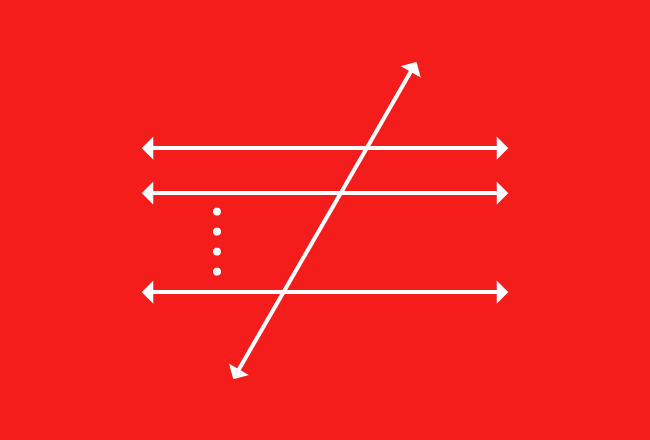 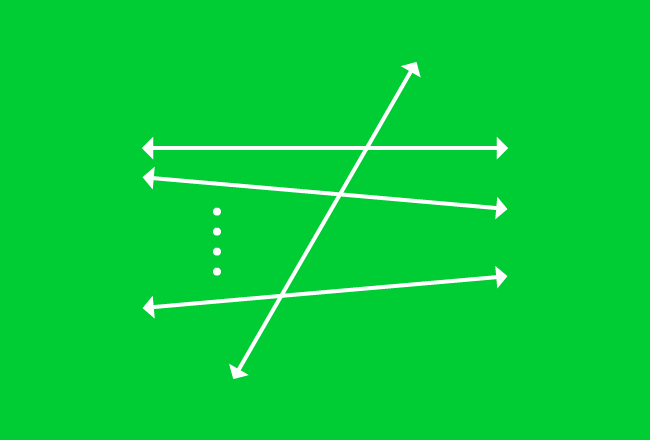