Two or more straight lines which do not intersect each other at any point on the plane are called parallel lines. 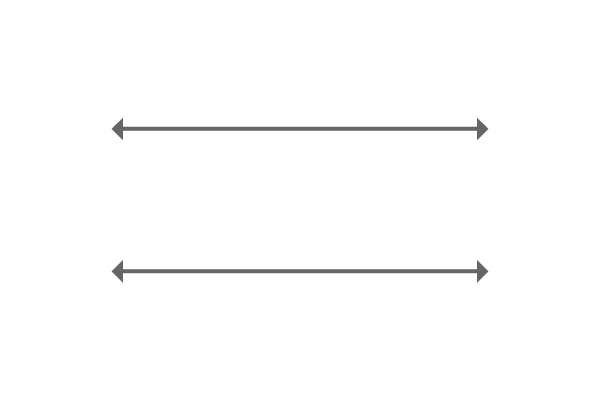 Similarly, the vertical distance between opposite points of them is always same due to the parallelism of the parallel lines.

They maintain equal distance between them at all their opposite points. The reason for this is the angles of both straight lines are same.

A double vertical line ($\|$) is used to represent parallelism of the lines mathematically.

The parallel symbol is displayed between straight lines to express that they both are parallel lines.

Similarly, it can also be displayed in other way.