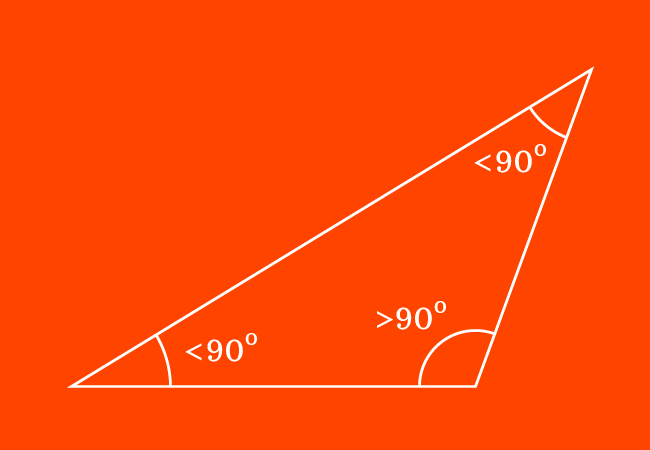 Due to the arrangement of three line segments as a closed geometric shape, three interior angles are formed inside a triangle.

Geometrically, an obtuse triangle can be constructed by using geometric tools. So, let’s construct it firstly and then focus on studying its geometric properties practically.

The $\Delta QPR$ contains three interior angles, and they are written as $\angle QPR$, $\angle PQR$ and $\angle QRP$. 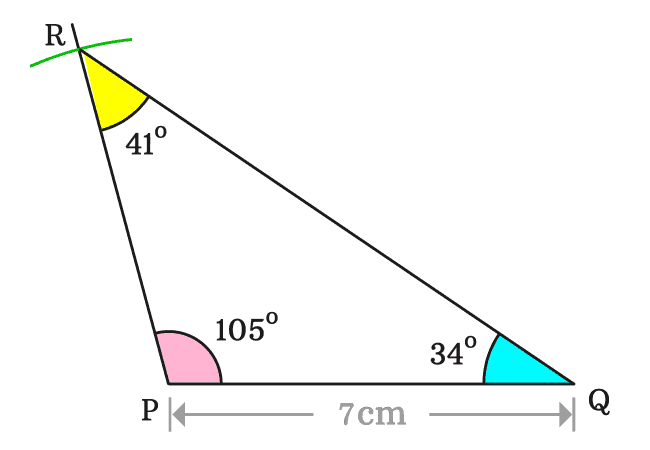 For studying the obtuse angled triangle, we have to measure the remaining angles and it can be done by a protractor.