An angle of zero degrees is called zero angle. 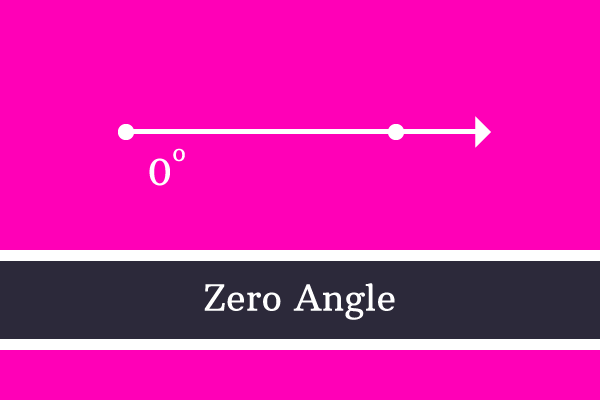 It is time to study the geometrical formation of zero angle.

There are two possible cases of forming zero angle in geometrical system.

Zero angle of a Line

The zero angle of a straight line is determined by considering two factors.

The surface of earth is base to everything and everyone. So, it is considered as a reference line for zero angle.

Almost all languages are written from left to right hand side. So, the direction of forming zero angle of a line should be same.

It represents that the two rays are parallel lines. So, there is no angle between them even through each ray makes an angle of $25$ degrees. In this case, $\overrightarrow{AB}$ is considered as a reference line to measure the angle of $\overrightarrow{AC}$ and vice-versa.