A geometric tool that contains a scale marked from zero to one hundred eighty degrees is called a protractor. 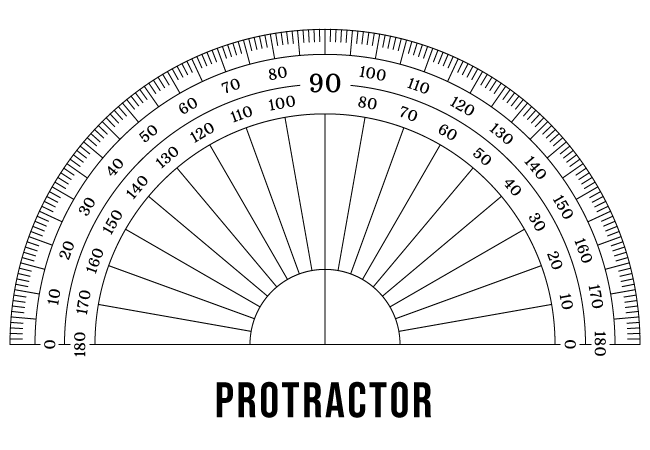 A protractor is a basic geometric instrument and it is used to measure the angles in mathematics.

It contains two circular scales in degrees and each scale is marked from zero degrees to one hundred eighty degrees semi-circularly.

A protractor contains three factors and they play vital role in measuring the angles in geometric mathematics. 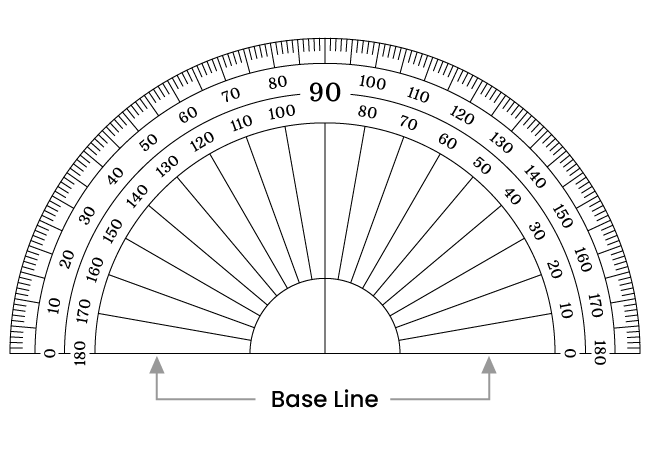 The baseline of a protractor is bisected by a vertical line at its middle point. So, the two parts of the baseline are called by the following names in geometry.

Now, let’s learn the difference between them in detail. 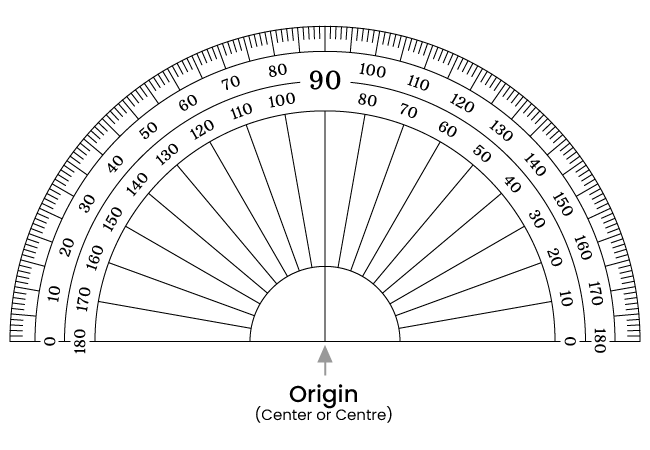 At the bottom of a protractor, the baseline is exactly bisected by a vertical line. Hence, the origin of the protractor is also called by the following two other names.

Different people use different terminology for expressing it but these three names are commonly used to represent the origin of a protractor.

There are three notable factors in degree scale of a protractor.

Now, let’s learn about them in detail with understandable graphical representations. 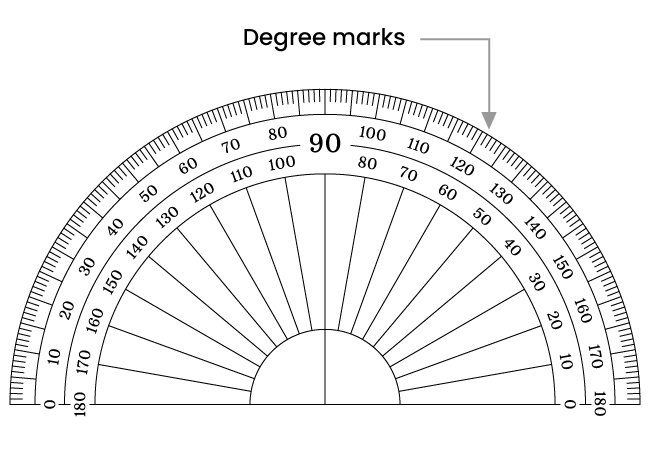 Geometrically, the angle inside a semicircle is $180^\circ$. Hence, a semicircular protractor represents an angle of $180$ degrees, which is divided into one hundred eighty equal parts by marking with small line segments at the circular edge of the protractor. 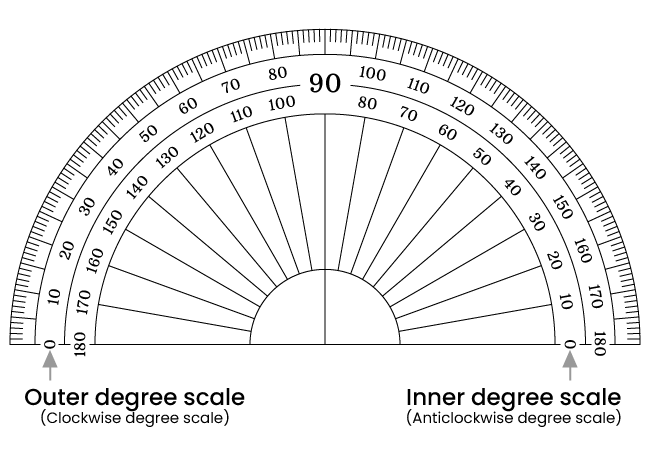