A logarithmic system which contains neper constant ($e$) as its base, is called natural logarithm. 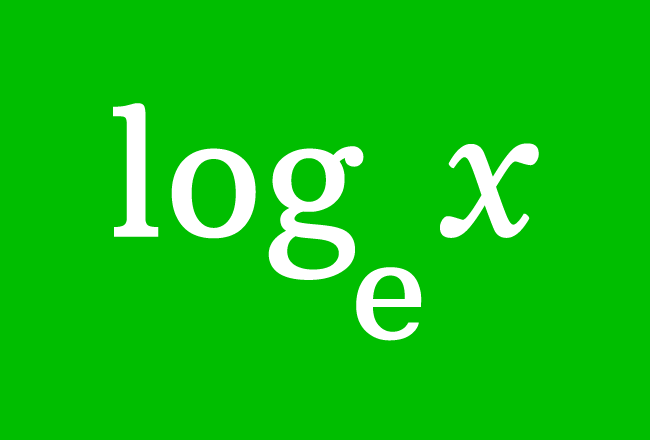 He split the quantities as multiplying factors on the basis of his neper constant $e$. Thus a natural logarithmic table was introduced and it made calculations like multiplication and division easier.

He defined the value of Napier constant as

Logarithm is simply denoted by $\log$ symbol and $e$ is used as subscript of log to express that $e$ is a base of the logarithm.

Therefore, $\log_{e}{q}$ and $\ln{q}$ both represent natural logarithm of quantity $q$ in mathematics.

Natural Logarithm and Exponentiation are inverse operations. So, it is very important to know the relation between them.

It can also be written as