A quantity which used to express any other quantity as its multiplying factors is called the base of logarithm. 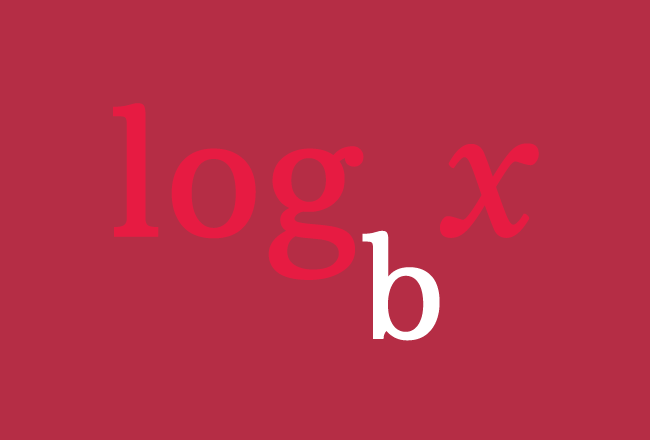 The relation between the two quantities is represented by a logarithmic symbol $(\log)$ but the quantity which used to transform another number is displayed as subscript of $\log$ symbol for representing that quantity as a base of the mathematical operation.

$256$ is a quantity and let’s try to write this quantity on the basis another quantities to understand the importance of the base of logarithms.

The relationship between three of them is expressed in logarithms.

Express the relation between three of them in logarithm system.

Write relation between three of them in logarithms.

The three cases are the best examples for understanding the concept of base of the logarithms.