The left-bottom side region in the two dimensional space is called the third quadrant.

In $\angle X’OY’$, the $x$-axis and $y$-axis both represent negative values. Therefore, the abscissa and ordinate of every point in this region should be negative.

If $x$-coordinate and $y$-coordinate of each point are denoted by $x$ and $y$ respectively, then the values of both coordinates are written in mathematical form as $x < 0$ and $y < 0$. 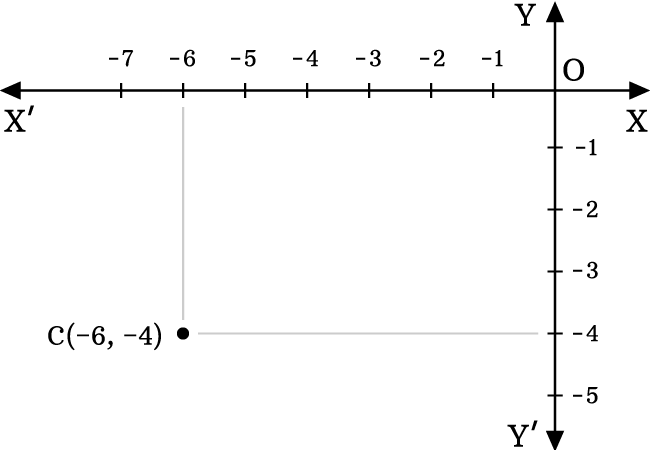 In this way, the third quadrant of two dimensional Cartesian coordinate system is used for identifying the location of any point whose both abscissa and ordinate are negative.