Tangent Line to a Circle

A straight line that touches a circle at one point is called a tangent line to a circle. 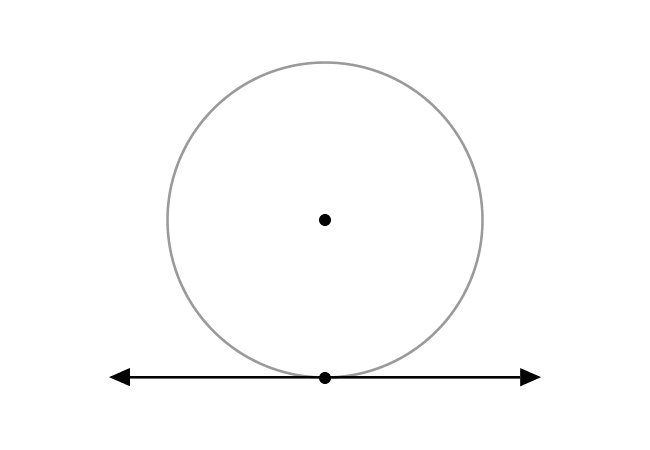 The tangent line of a circle is perpendicular to a line that represents the radius of a circle.

Now, let’s learn the concept of tangent of a circle from an understandable example here.

It clears that a tangent to a circle at a point is a perpendicular to the radius line at that point.