Proof of standard equation of a circle 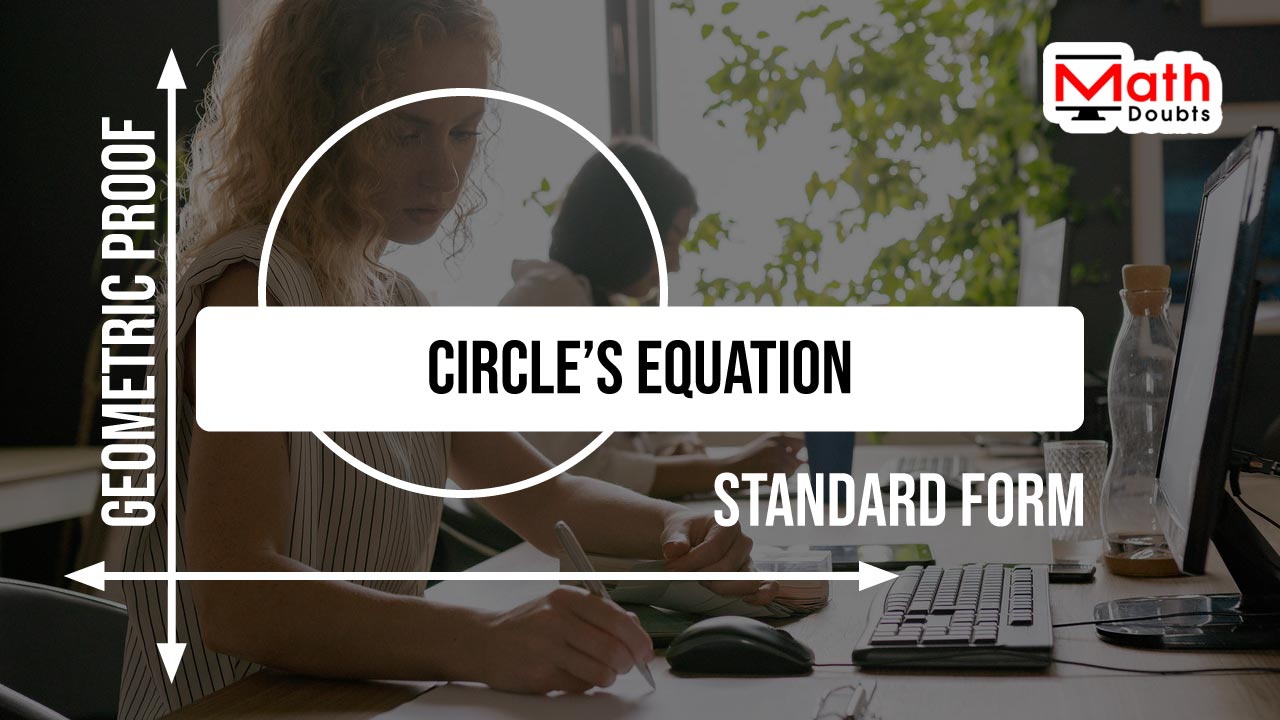 The equation of a circle in standard form is popularly written in the following two forms in mathematics.

Now, let’s learn how to prove the standard form equation of a circle mathematically as per the geometric system when the circle does not touch both axes in two dimensional cartesian coordinate system.

Construction of a Triangle inside a Circle

A right triangle or right angled triangle should be constructed inside a circle when the circle does not touch both $x$ axis and $y$ axis in a quadrant of two-dimensional cartesian coordinate system. It helps us to express the equation of a circle in mathematical form.

The following five steps are the steps for the geometrical construction of a right angled triangle inside a circle when the circle does not touch both axes.

Find the lengths of all sides of Triangle

In $\Delta QCP$, $\overline{PQ}$ is opposite side, $\overline{CQ}$ is adjacent side and $\overline{CP}$ is hypotenuse, and the lengths of them are written as $PQ, CQ$ and $CP$ respectively. 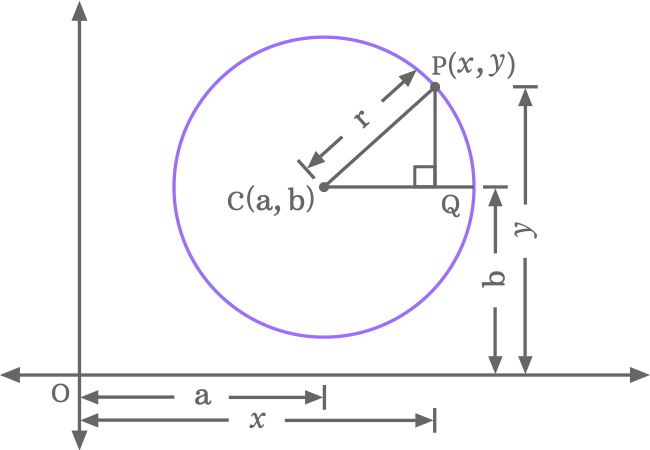 Now, let’s calculate the length of every side in the right triangle.

Write the relation between the sides

The length of each side of right triangle $QCP$ is evaluated and it is time express the mathematical relation between the lengths of the sides. It can be done as per the Pythagorean Theorem.

It is called the equation of a circle in standard form when the $C(a, b)$ is center (or centre) in coordinate form and the radius of the circle is $r$ units.

The equation of a circle in standard form is also popularly written in the following form when the coordinates of center (or centre) are denoted by $h$ and $k$. It the centre (or center) in coordinate form is written as $C(h, k)$ and the radius is denoted by $r$.