The distance form centre to any point on the circumference of a circle is called radius of the circle.

$C$ is a centre of a circle and $P$ is any point on the same circle. 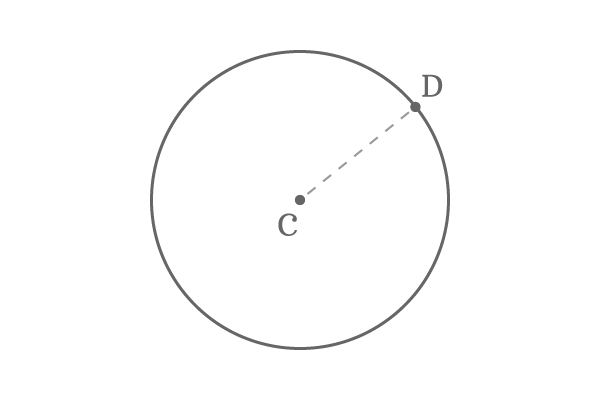 According to definition of radius of a circle, the distance from centre $C$ to any point $P$ on the circumference is known as radius of the circle. If they are joined by a line, then the length of line segment is same as the distance between them.