A mathematician Heron (or Hero) of Alexandria derived a geometrical proof to express area of a triangle in algebraic form in terms of lengths of three sides and half-perimeter of the triangle. Hence, this formula is called as Heron’s formula or Hero’s formula. 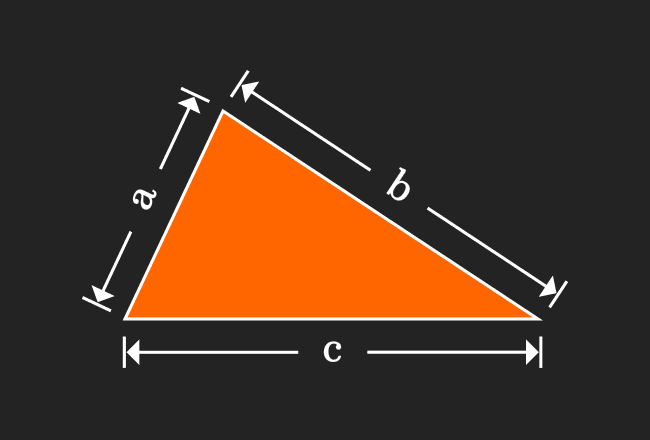 The area of the triangle is denoted by either $A$ or $\Delta$.

This formula in algebraic form is called as Hero’s (or Heron’s) formula in geometry.

Firstly, find the semi perimeter of the triangle.

Now, find the area of the triangle.

Learn how to derive the hero’s formula in geometrical approach to find the area of a triangle.