Three or more straight lines which intersect at a point in a plane are called concurrent lines. 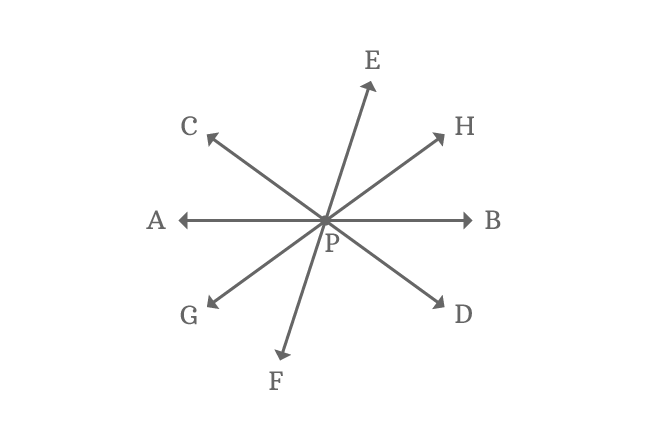