Proof of Equation of a circle touches both axes 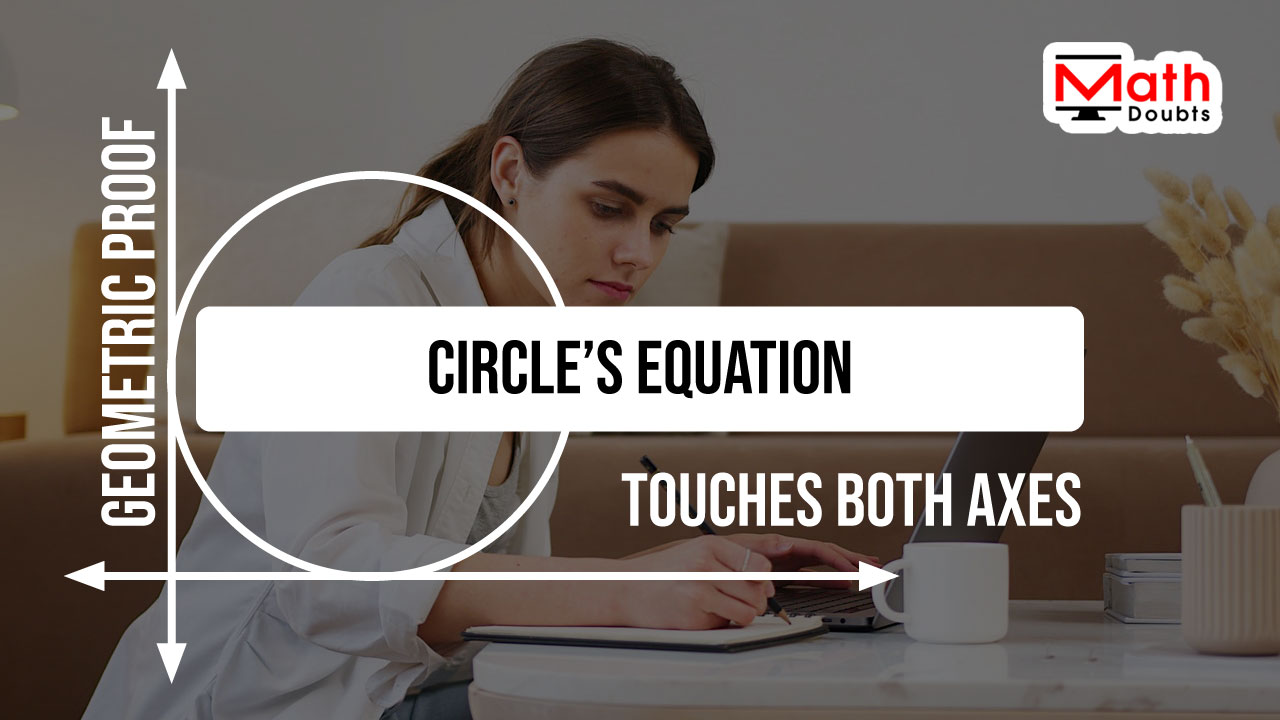 The equation of a circle touches both axes, is written in the following three forms in mathematics.

You can use represent the circle touching the both axes by any one of the above three equations. So, let us learn how prove the equation of a circle touches both axes of two dimensional cartesian coordinate system in mathematical form geometrically.

Construction of a Triangle inside a Circle

A right triangle must be constructed inside a circle when the circle is touching both $x$-axis and $y$-axis in a quadrant of the two dimensional cartesian coordinate system and it is useful to derive the mathematical equation of a circle, which touches both axes.

There are five geometrical steps to construct a right angled triangle inside a circle when the circle touches both $x$-axis and $y$-axis of the two dimensional space.

Relation of Center’s coordinates with Radius

It is time to understand the geometrical relationship between the radius and the coordinates of the circle.

The above two mathematical equations are cleared that the $x$-coordinate and $y$-coordinate are exactly equal to the radius of the circle.

Measure the Lengths of sides of Right triangle 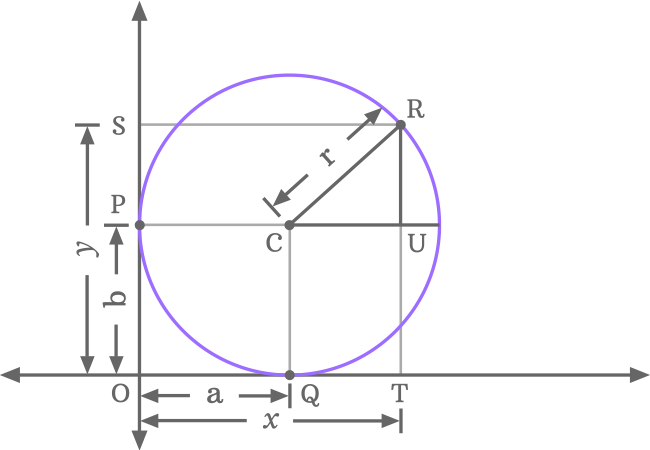 Now, let us find the length of every side of the right angled triangle mathematically.

Express the Relationship between the sides

According to the Pythagorean Theorem, the lengths of all three sides of right triangle $UCR$ can be written mathematically in an equation.

In this equation, $CU, CR$ and $RU$ represent the lengths of adjacent side, hypotenuse and opposite side. Now, substitute their values in the above mathematical equation.

Take any one of the about three equations to express it in expansion form.

Now, expand each term on the left hand side of the equation as per the square of difference formula.

It is an expansion of the equation of a circle when the circle is touching the both axes. Therefore, the above three forms can be written in expansion form as follows.

The above equations are expanded respectively in the following forms.