If two sides of a triangle are equal, then the angles opposite to the same two sides are also equal. 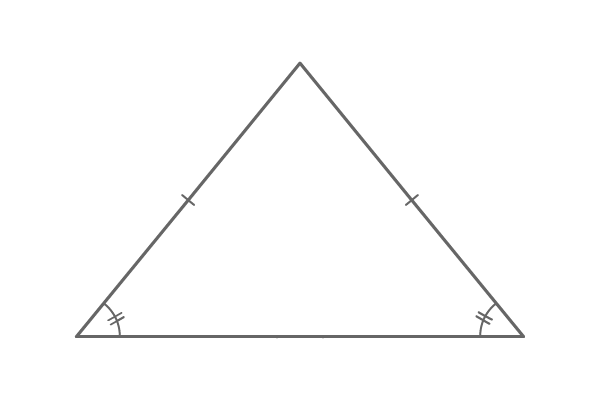 The lengths of two sides in a triangle can be equal. It is possible only in the case of both equilateral triangle and isosceles triangle.

Due to the equality property of two sides in the triangle, the angles that are opposite to them are also equal geometrically. This theorem can also be proved in geometry on the basis of symmetry property.

Therefore, it is cleared that the angles opposite to the two sides of equal length are equal in a triangle.

For proving this theorem, we have to construct either an equilateral or isosceles triangle. 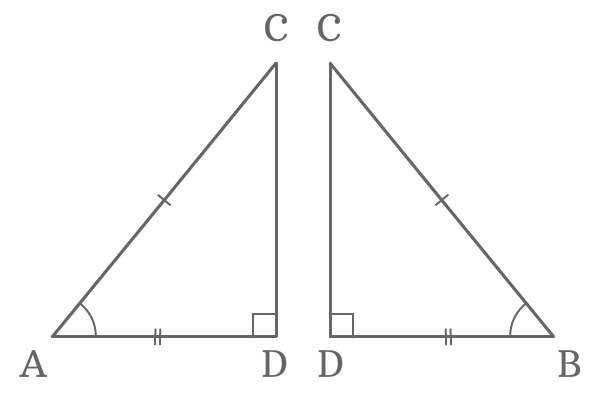 Now, compare the lengths of three sides of both triangles.

The comparison of lengths of sides of the both triangles revealed that the two triangles are same but represented differently.

Therefore, the $\Delta DAC$ and $\Delta DBC$ are known as congruent triangles and they also represent Right angle Hypotenuse side (RHS) criterion.

Therefore, if two sides of a triangle are equal, then the angles opposite to them are also equal. 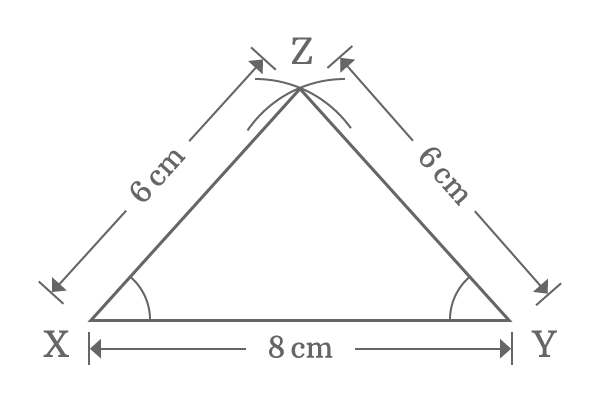 Use compass and set distance between needle point and pencil point to $6 \, cm$. Draw an arc from point $X$ and also draw another arc from point $Y$ but the arcs should be intersected. The intersecting point of both arcs is $Z$.

$\angle XYZ$ and $\angle YXZ$ are opposite angles of the equal length sides $\overline{XZ}$ and $\overline{YZ}$ respectively. Now, measure the angles $XYZ$ and $YXZ$ by using protractor.

You practically observe that the $\angle XYZ$ and $\angle YXZ$ are equal and it is $48^\circ$ geometrically. Therefore, the angles opposite to the two equal length sides are equal geometrically.