A triangle that has two sides of equal length is called an isosceles triangle.

According to English language, the word “isosceles” means two sides of equal length. 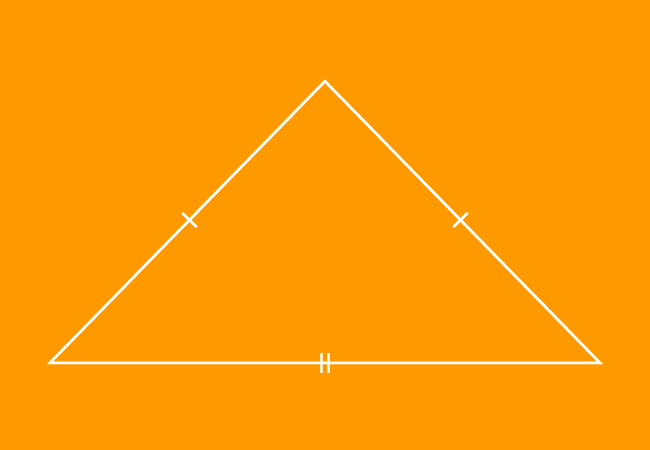 An isosceles triangle is represented graphically by drawing one and two small perpendicular lines to sides of the triangle at their middle points.

Let’s learn how to construct an isosceles triangle and it is useful to study its properties.

Thus, a triangle can be constructed geometrically in three simple steps and it is simply expressed as $\Delta ECD$ in mathematics.

The properties of an isosceles triangle can be studied from the above constructed triangle.

Now, list the lengths of all three sides of the triangle $ECD$. 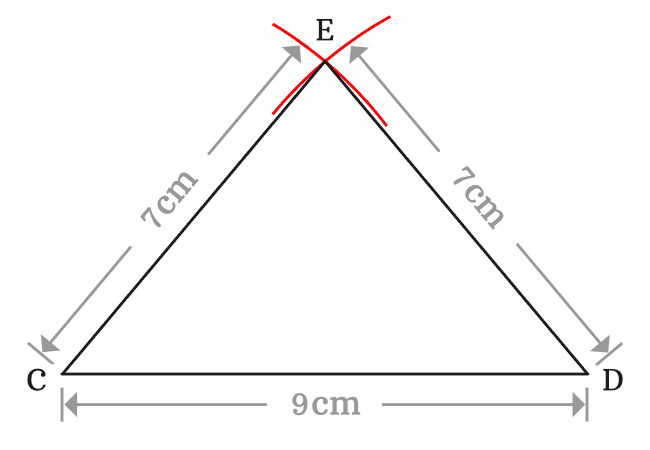 For studying the property of angles, measure the angles of triangle $ECD$ by a protractor. 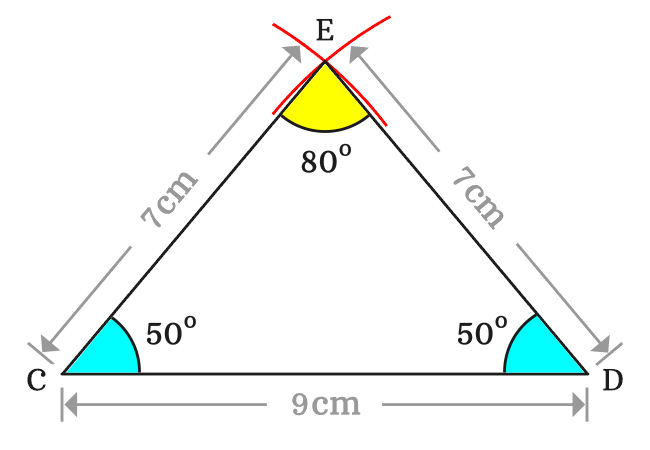 It is cleared that the two angles are equal but third angle is different.