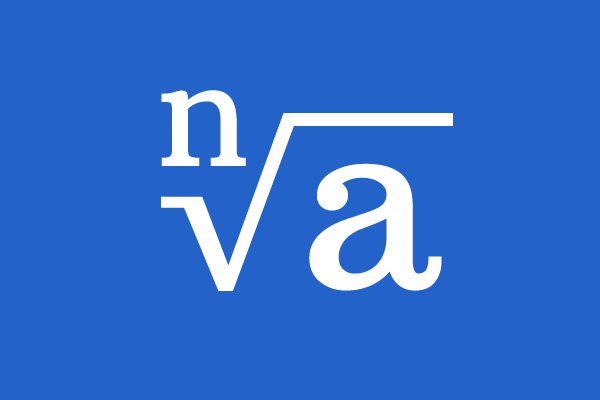 A positive integer root of a rational number is called a surd or a radical.

$1.41421356237309504 \cdots$ is an irrational number. It is not possible to write it as a rational number and the value of this number cannot be written in number system completely. However, it can be written as a square root of the number $2$.

Observe the following few more examples for your better understanding.

In this way, some irrational numbers are written in simple form.

If $n$ is a positive integer and $a$ is a rational number then a surd is written in algebraic form.