Elements of a Matrix

A quantity, displayed inside a matrix in a specific row and column is called an element of the matrix. 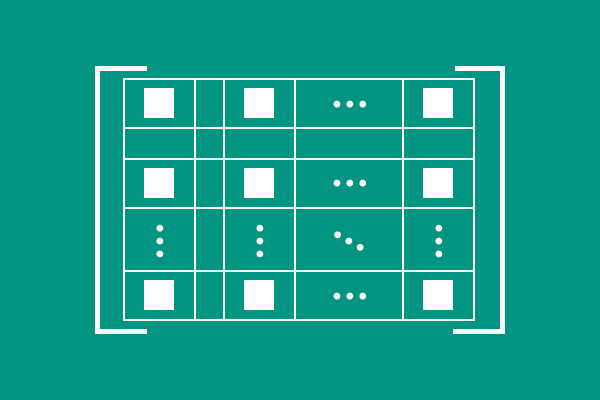 The space inside a matrix is divided as required number of rows and columns on the basis of total number of elements. Every element is displayed in specific row and column but every two elements in a row or column are separated by some space.

There is some space between every two elements in each row and each column for displaying them clearly in a matrix.

All elements are displayed in a matrix in general form.

In this example, each element is displayed by a variable with two subscripts. The first and second subscripts of the literal represent row and column of the respective element.

A matrix can also be expressed in compact form. In this method, only one element is displayed by a variable with two subscripts but the two subscripts are also denoted by two variables.

If the row and column are denoted by $i$ and $j$ respectively, then the matrix is expressed in compact form as follows.