Slope of a Straight Line in coordinates form

The ratio between differences of ordinates and abscissae of any two points on a line is called slope of a straight line.

$\overleftrightarrow{PQ}$ is a straight line with some inclination in Cartesian coordinate system. 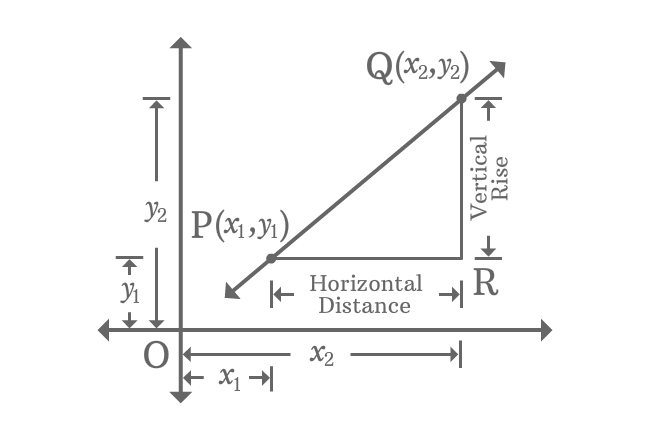 It is proved that the slope of a straight line in terms of a coordinates is the ratio of differences of ordinates and abscissae of any two points on a line.