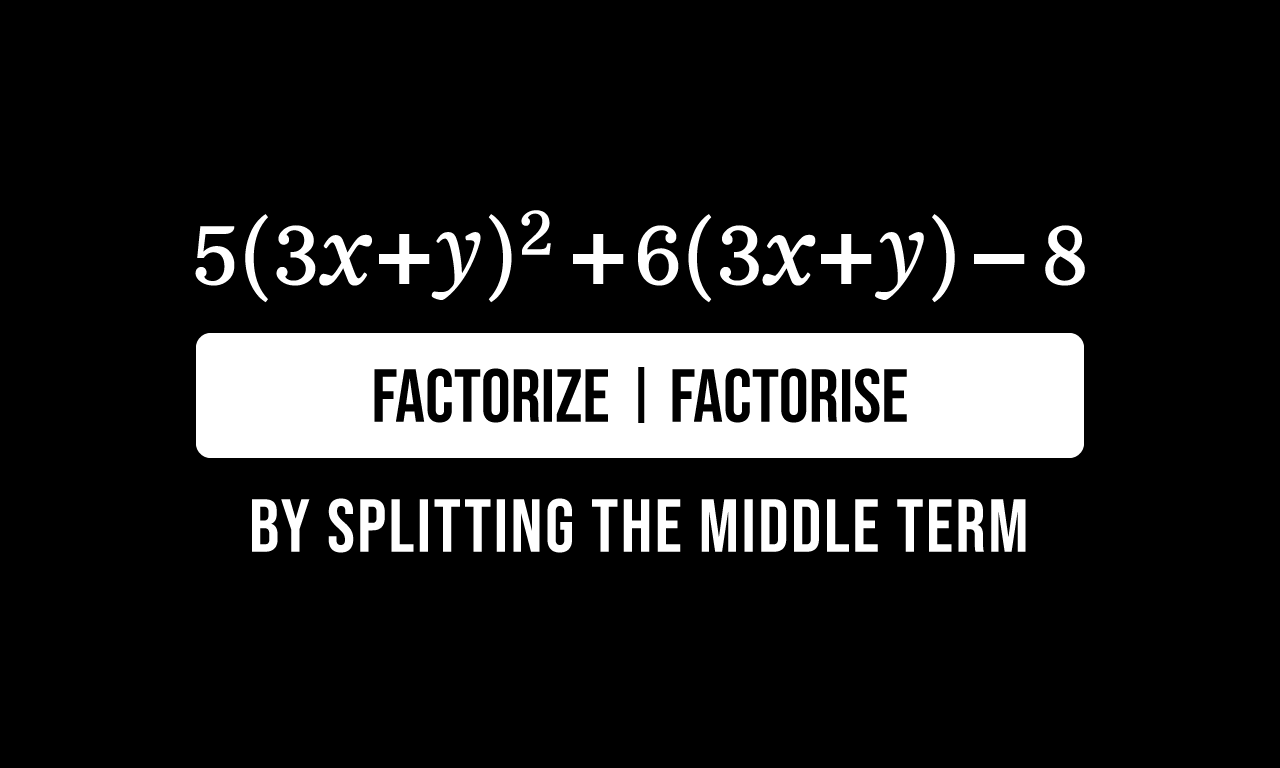 Factorize the expression by splitting

Consider the first term $5z^2$ and the constant term $8$. Now, multiply both of them to find their product.

The middle term is $6z$ in the given algebraic expression and let’s verify whether the product $40z^2$ can be split as either sum or difference of two terms, which should be equal to the middle term.

It is time to factorize the algebraic expression by grouping the terms.

Now, let’s take the common factor out from the terms to factorise the algebraic expression.

Bring back the Expression to actual form

Now, distribute the factor $5$ over the addition of the terms $3x$ and $4$ as per the distributive property of multiplication over addition.