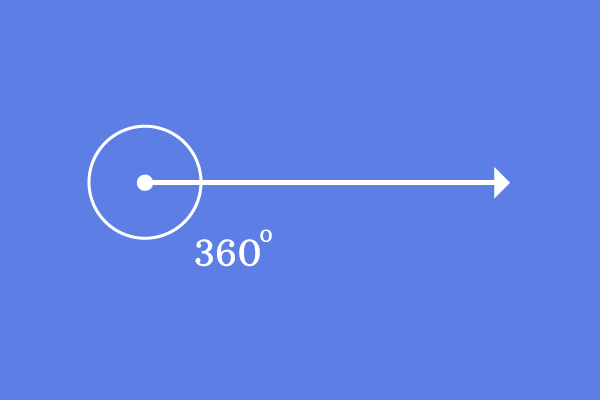 A straight line makes an angle of $360^\circ$ to reach its initial position completely by the rotation. Hence, the angle is called as the complete angle.

A complete angle is represented same as the zero angle but there is one difference between them and it is the amount of rotation.

There are two possibilities to form complete angles in geometric system.

Complete angle by a Line

$\overrightarrow{CD}$ is a ray and it is initially at a position on the plane.

The angle made by the ray to reach its final position from its initial position is $\angle ECD$ and the amount of rotation is $360^\circ$.

The angle between them is denoted by $\angle GFH$.

Therefore, the angle $GFH$ is another example of a complete angle.