The three or more points which lie on the same straight line are called collinear points. 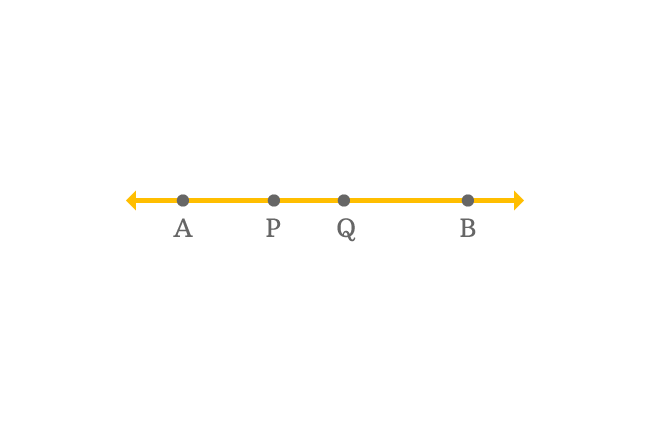 $\overleftrightarrow{AB}$ is a straight line and it is displayed by two points $A$ and $B$ in geometric system.

$P$ and $Q$ are two other points but they lie on the same straight line along with points $A$ and $B$ in the plane.

The total number of points are four in this case and it is more than three. Therefore, the points $A$, $B$, $P$ and $Q$ are called as collinear points in geometry.