Formation of an Angle by the Rotation

The amount of rotation for a ray to reach its final position from its initial position is called an angle. 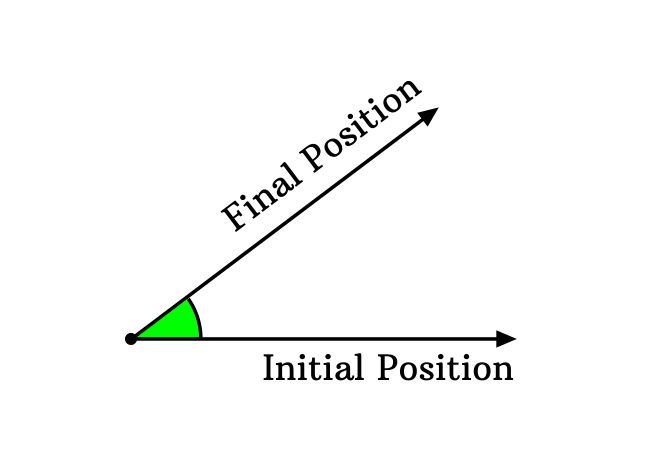 A ray can be rotated in either clockwise or anticlockwise direction with a fixed endpoint. It reaches new position due to the rotation. Thus, an angle is made by a ray, once it reaches the final position from its initial position.

It is a fundamental theory to explain the formation of an angle geometrically by the rotation and it helps you to understand how an angle is formed by rotating a ray.