A straight-line whose length splits as the required number of equal parts is called a number line. 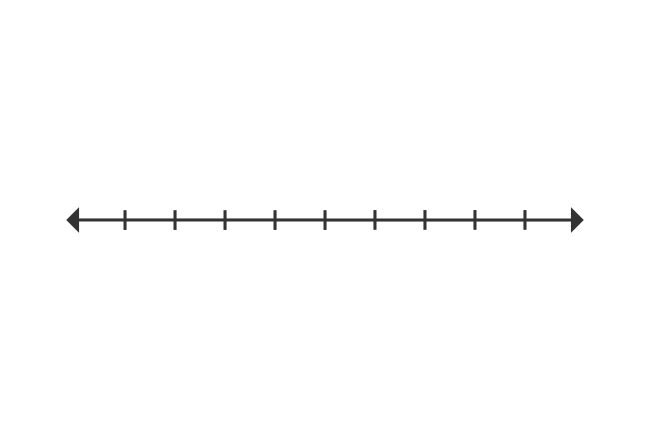 A number line is basically a straight line but its length is divided as required number of equal parts and each division is represented by a real number.

The arrow heads at both sides of the number line indicate that the line and real numbers can be extended up to infinity at both sides.

It is basically used to identify the location of any point on the plane by comparison. It is also used to understand the arithmetic operations.

A number line can be drawn geometrically in four simple steps.