$x$ is a variable in this problem and a polynomial is defined in terms of $x$ as follows. 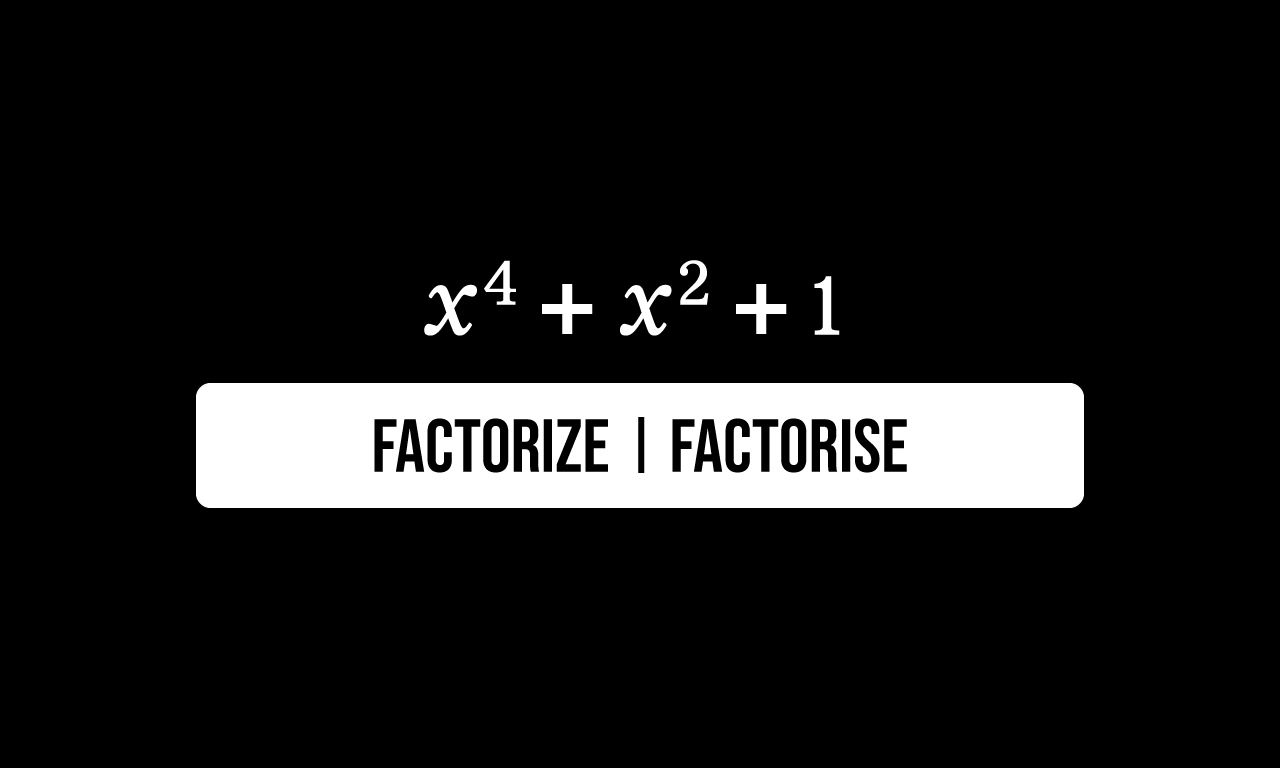 The algebraic expression should be factored in this algebraic problem. So, let’s learn how to factorize the expression in algebraic form.

Prepare the expression for factorization

As per the commutative property of addition, the given algebraic expression can be written as follows.

The $x$ raised to the fourth power creates problem for factorizing the above polynomial because we studied only the polynomials, which consists of squares and cubes. Hence, we should convert the term the $4$th power of $x$ into either square or cube form.

According to the power rule of exponents, the $x$ raised to the power of the product of two $2$s can be written as a square of $x$ squared.

Now, let’s denote the $x$ squared by a variable $y$ for our convenience, which means take $y \,=\, x^2$. Now, convert the whole expression in terms of $y$ by replacing $x$ squared by its assumed value.

The first term is a term in square form. The second term is a constant term and it can be expressed in square form too. This technique allows us to factorise the given mathematical expression in algebraic form.

Transform the expression in square form

The first three terms in the above expression represents the expansion of the square of sum of two terms rule. So, the three terms can be simplified as a square of the binomial $y+1$.

Factorize the Difference of the squares

The mathematical expression expresses the difference of squares. So, it can be factored as a product of two binomials.

Now, replace the value of $z$ by its actual value in terms of $x$.