Find the common external angle of two triangles, if interior angles of one triangle are 25° and 55° and of other triangle is 40° 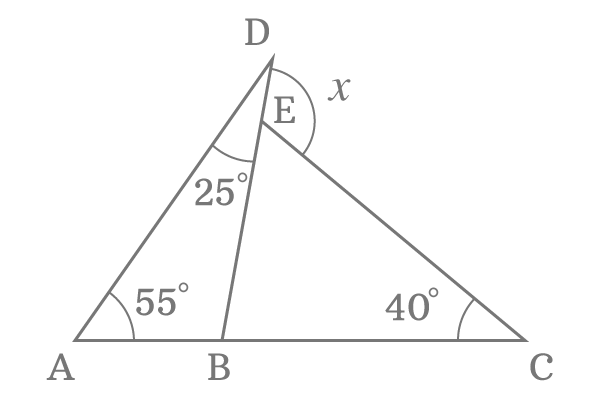 The triangle $BCE$ has one known angle but the remaining two angles are unknown.

The two triangles has a common side $\overline{BE}$ and also have an external angle commonly and it is denoted by $x$.

In this problem, it is required to find the value of $x$ by studying the geometrical relations between angles of these two triangles.

In $\Delta ABD$, two of three angles are known and they are $25^\circ$ and $55^\circ$ but third angle is unknown. However, it can be found by applying the sum of three angles of a triangle rule. 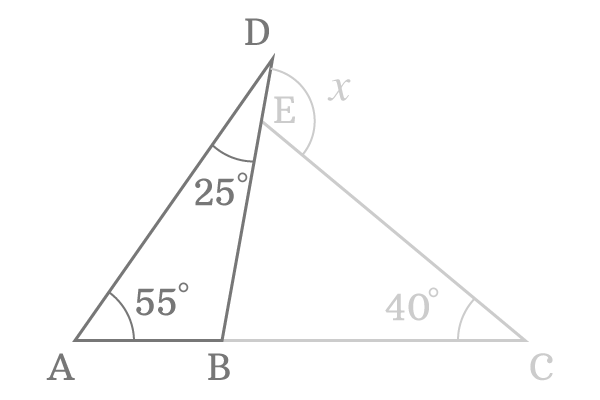 In triangle $BCE$, only one angle is known and it is $40^\circ$ but the two angles are unknown. If one of two angles is found, then third angle of the triangle can be easily evaluated. 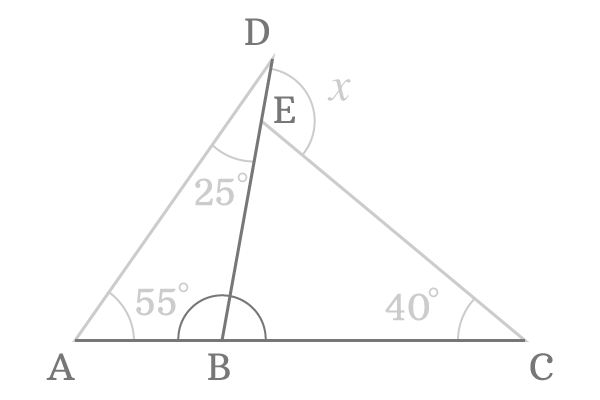 Therefore, it is derived that the angle $DBC$ is $80^\circ$ and it is the second angle of the $\Delta BCE$. 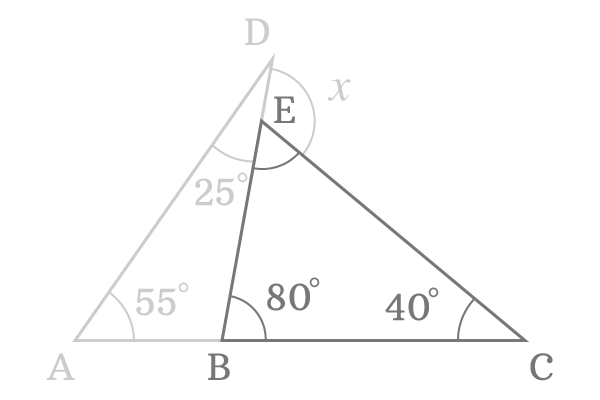 The third angle of the triangle $BCE$ has been evaluated in this step. 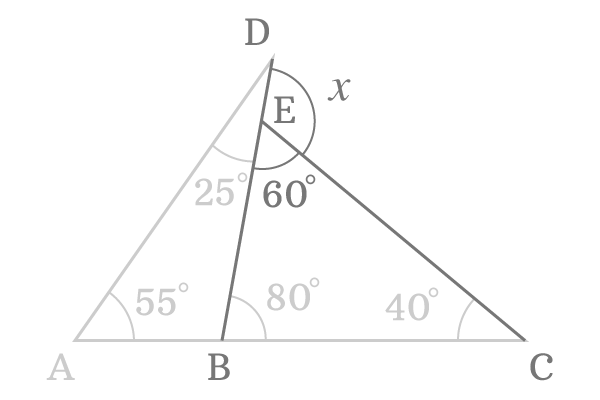 $\overline{BD}$ is a straight line and its angle is $180^\circ$ but the angle is divided by the line segment $\overline{CE}$ into two parts. One of the sub angle is $\angle CEB$ and it is evaluated as $60^\circ$. So, the angle $CED$ can be evaluated geometrically.

The value of $x$ is $120^\circ$ and it is the required solution for this geometrical problem in mathematics.